It was in early January 2014 that we first chose the name Historical Horizons and began setting up this space. Here’s a look back at our Top 10 most-read posts in our first year of blogging: 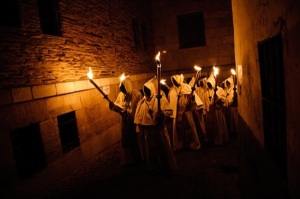 Holy Week makes me nostalgic for Spain. While I was a college student contemplating a career as a Spanish historian, I had the privilege of spending four Easter seasons in Spain. I saw Holy Week celebrated in Seville, Cuenca, Zamora, and Salamanca. Few parts of the world have paschal celebrations to match these. Beginning on Palm Sunday, nightly processions of religious images and penitents wind through the city streets. They climax on Good Friday, when often the whole city seems to stay up through most of the night to commemorate Jesus’s crucifixion. Much of the celebration is just raucous boozing. But at the core is a solemn commemoration of Christ’s passion. While some of the exuberantly theatricality grates on my Reformed Christian sensibilities, there is something deeply moving about these sensual communal rituals that our more sedate and inward-looking Protestant culture lacks. [Read more]

It’s that time again. The air is turning crisp, the leaves are turning colors, and all thoughts turn to…pumpkin spice. (Actually, just like Christmas shopping starts earlier and earlier each year, pumpkin spice season seems to be inching forward each year as well; this year’s first sightings came as early as mid-August). This pumpkin spice craze has seemingly come out of nowhere in the last few years, and it shows no signs of abating…. As a cultural historian, I can only assume that the sudden affinity for all things pumpkin spice has some sort of deep cultural resonance—and that our culture’s seemingly insatiable taste for pumpkin spice must be telling us something meaningful about ourselves. [Read more] 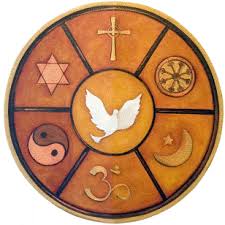 … It may seem ironic to hold a panel on religious diversity on college campuses that features only Christian speakers on a Christian campus. However, as President LeRoy pointed out in the discussion, being in a consciously Christian learning environment does not mean shutting oneself off from religious diversity or even interreligious dialogue; Calvin offers a Christian education that engages the world, not one that separates itself from it….  My own research into Jewish-Christian relations in the Middle Ages, and my experience teaching a course on the history of the Crusades, have helped me to appreciate interreligious dialogue as an essential part of a liberal arts education. Yet it is a problematic concept for many Christians. It presents a classic trilemma, a logical challenge in which three propositions are available but not all three can be chosen together. [Read more]

7. Missiles for Tunnels in Gaza: The Flattening of History
by Bert de Vries 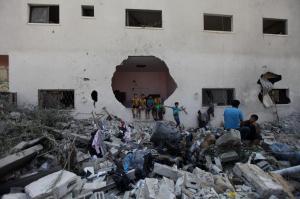 As I absorb the news of conflict in Gaza in the mainstream American media – pictures of bloodied children with limbs ripped away; the barrage of statistics, over 800 civilian Palestinians vs 30 Israelis, but a photo of one of each in each New York Times; missile hits on hospitals and schools, Hamas’ ineffective rockets missing an entire airport, and on and on – I hear no history, and therefore, no meaningful explanation, no past with which to understand the present…. I call this reporting in the “sportscaster present,” a present in which the iconic impressions of the crowd (call it “fan loyalty”) take the place of objectively sourced understanding, an atmosphere in which oft-repeated platitudes and “media mantras” are presumed factual, explanatory and justifying, taking the place of real historical explanation. [Read more] 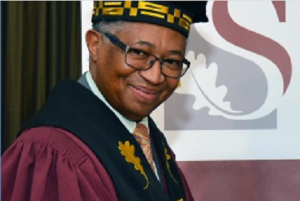 Russel Botman, a friend who was a Reformed theologian and university president, died on June 28 in Stellenbosch, South Africa. A sixty-year old dying in his sleep is not typically a matter for international attention. But, in later press investigation and commentary a more complex story emerged. The context of his life and the circumstances of his death should interest us because they illustrate a theme about the personal toll exacted on those who would follow in the gospel train of Mandela, Tutu and King in trying to implement the changes needed to live in a just and democratic society. [Read more]

5. Is There a Place for Medieval Exegesis in Evangelical Christianity?
by Frans van Liere

When I tell people that I just finished writing an introduction to the medieval Bible, I usually receive varied reactions. The prevailing sentiment is that research on the medieval Bible is at best quaint, perhaps even interesting in an outlandish kind of way, but hardly relevant for modern believers. Does it matter what medieval people thought the Bible meant; shouldn’t we be more interested in what the Bible really says? I want to challenge here the assumption behind this question: the assumption that our way of reading the Bible (which most often means an interpretation informed by modern historical biblical criticism), is the best way to find out what the Bible really says. [Read more]

4. The “Power” of Historians
by William Van Vugt

… There is a kind of power in being a historian. Not the brute power one sees exercised every day on Wall Street, or government, or so many other places where it is money and influence that opens doors. But rather a gentle, more vulnerable power that is derived from the character of historians and what they do. Historians can be trusted. They uncover, interpret, and preserve our story—who we are. Historians are not in it for the money. They acknowledge the dignity and value of other peoples and cultures. They stand for equality and social justice. They make positive contributions to society, and they teach and train students who continue that legacy…. my recent trip to Yorkshire did leave me with a feeling that made me proud to be a historian. After more than a quarter-century at Calvin, I have heard countless examples about how my colleagues have touched students and members of the general public with their teaching, their character, their example and attitude, and their work as historians. In the hustle and bustle of our busy lives, it is often easy to forget or minimize the positive impact historians have—the power they have—over the people they meet. [Read more]

3. Sochi and the Lessons of Russian History
by Bruce Berglund

Every so often, current events overtake a history class. The event itself might be clearly historic—like the resignation of a pope. Or it can be the case that what’s happening in the present resonates so strongly with themes from the past that the professor and students put aside their study of history to sort out the headlines. That would be the case right now if I were teaching my course on Russian history. Unfortunately, the course isn’t being offered this semester. So in the absence of students, I’ll share my thoughts here on how the Winter Olympics in Sochi reveal key themes in Russian history. [Read more]

2. The Trouble with Quotes on the Internet
by Kate van Liere

… In trying to track down the source of this quotation, I discovered that research librarians at Monticello have compiled an impressive collection of spurious Jefferson quotations. Mount Vernon’s website has a similar resource for spurious Washington quotations, as does Winston Churchill’s fan website. Abraham Lincoln may be the biggest victim of false quotations; in fact both Ronald Reagan and Barack Obama have quoted the same pseudo-Lincoln passage in presidential speeches. It must have been exasperation over all these fabrications that led Abe to utter his well-known warning, “The problem with quotes on the Internet is that it is hard to verify their authenticity.” It’s not hard to see the irony in the internet’s dual role in such stories of false attribution. As “Abe” so wisely warns in that brilliant meme, the web makes it dismayingly easy for false quotations, like false information in general, to spread exponentially. But the web, used carefully, is also a rich mine of true information that can help us to unmask falsehoods. Didn’t I just admit to using it to ferret out the truth about that baffling bumper sticker? [Read more]

… [W]hile many Christians would pay lip service to the importance of sexual restraint for men as well as for women, a virtual “purity industry” has developed in evangelical communities to celebrate, protect—and market—female purity. From a young age girls are warned by pastors, parents, teachers, youth leaders, and devotionals to dress modestly lest they arouse their testosterone-laden male peers, and taught that to “lose their purity” would leave them analogous to “dirty chocolate,” “used tape,” or “chewed up gum.” In the face of such gendered (not to mention offensive, and, arguably, unbiblical) notions of purity, as a historian I can’t help but look back to an earlier “purity movement,” one that swept the evangelical world in the 1880s and 1890s…. It may seem strange to look back to a group of Victorian reformers for guidance in navigating a perilous culture for young women today, but for many American Christians, it might not be a bad place to start. [Read more]

We’ll resume our regular Friday posting next week. Thanks to all of our readers for sticking with us in this first year!