The Liberal Arts—Present, Past, and Future

Posted on February 12, 2016 by historicalhorizons

The liberal arts and their fate are a central issue in higher education today.

Pundits and politicians, and some parents, students, and graduates, are questioning the value of a university degree, some of them saying that students and taxpayers should not waste money on “useless” areas of study. Students seem to be voting with their feet and tuition dollars, with the arts and humanities and some social sciences losing students and professional programs and STEM fields gaining them.

Defenders emphasize the intrinsic worth of the liberal arts—of both specific disciplines and a general “liberal” approach to education. Students should study what they love, valuing what they study for its own sake. Defenders also argue that the “soft” skills associated with things like art history or French language and literature allow graduates to adapt over decades to new kinds of work and new cultural settings and make wise decisions about social and political issues. The technical skills that students learn in “practical” fields become out-of-date soon after students graduate, some advocates of the liberal arts say, or irrelevant when graduates move on to other careers. 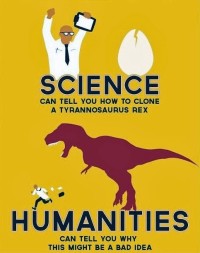 A small chorus of voices are beginning to bridge this liberal arts “culture war.” They observe that students and society need more than “STEM” education (science, technology, engineering, and math). They need “STEAM” or “STREAM” education, which incorporates the arts and humanities, the “A” standing for arts, the “R” for reading (or in some discussions, religion and values). One might add that technical skills, in digital tools for example, are good things for graduates in the humanities, social sciences, and arts to have.

Critics of the liberal arts often display an ignorance of the history about that tradition, which perhaps is not a surprise.  Much the same is true of many defenders, however, for whom the liberal arts seem almost a timeless ideal, not a messy, contingent, and evolving set of human practices.

There is much to learn from the history of the liberal arts, for its own sake and for pragmatic reasons. Specifically, the liberal arts tradition is a diverse, even discontinuous one. What people mean by “liberal arts” today is not the same thing as in the past.

The liberal arts go back to ancient Greece (400s BC) and migrated to the Rome. Already in ancient times there were two distinct streams, according to Bruce Kimball, the historian who has written the most about this history (in the English language). The older stream, he argues, emphasized rhetoric, grammar, and composing and delivering speeches in the democratic public life of city-states in Greece and in the Roman republic. A practical stream. The other stream, associated with Plato and Aristotle, emphasized reason and rational methods of pursuing truth and knowledge. A more purist stream.

Christians adopted and adapted the liberal arts, especially the rhetorical tradition, in late antiquity and the medieval era. Universities emerged in the high middle ages as a new kind of institution to pursue knowledge and truth. The purist stream grew in influence in Europe in the fourteenth and fifteenth centuries, with the infusion of Aristotle’s texts, commentaries on his writings, and math from the Islamic world. Kimball quotes Pier Paolo Vergerio, who said in 1370, “There are two kinds of liberal ways of life: one which is totally composed of leisure and contemplation, and a second which consists in activity and affairs.”

This evolution continued during the Renaissance, Reformation, Scientific Revolution, and Enlightenment and in colonial colleges in North America and the new American republic. The liberals arts were transformed most dramatically in the late nineteenth and early twentieth century, with the emergence of modern universities, where new disciplinary fields and methods familiar to us—such as chemistry, psychology, sociology, history, literature, religion, etc.—transformed or displaced traditional areas of study such as Greek and Latin. Ideals of multiculturalism and global perspectives transformed the liberal arts again in the 1980s and 1990s. 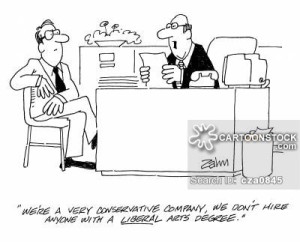 Most contemporary approaches to liberal arts education would seem anything but familiar to intellectuals before the mid-nineteenth century. We have folded disciplinary methods associated with the modern university into the “liberal arts” ideal, both where those disciplines are recent in origin and conception and where they have ancient roots. But, if what is studied or how it is studied has changed dramatically, the ancient contested ideals of “liberal education” continue to shape contemporary variations of this diverse, even fragmented tradition. We still tend to pit research and contemplation for their own sake against practical service “in activity and affairs.”

In our current crisis, then, we are playing out age-old, recurring questions. What should students study? Is the purpose of education contemplation or activity?

What lessons does this history—a complex one here boiled down into a few hundred words—offer us today?

Conflicts over STEM vs. “liberal arts,” and proposed hybrids such as “STEAM” or “STREAM,” suggest that the “disruptive” changes in American higher education today involve an evolution, perhaps a revolution, in the liberal arts. Not necessarily their end, however painful the process. 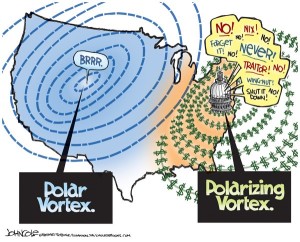 Conflicts over climate change suggest how much this revolution matters. We need good science to understand how and why our climate is rapidly changing and to find practical technologies that can help slow (if not reverse) such changes and deal with their consequences. But the most complex problems associated with climate change are human factors. How do we live? Is consumer capitalism sustainable? What do we value? How do we envision the “good life”? Is it about toys and tools like the iPad I’m writing on? Is it about preserving wild forests and rivers and farmland fisheries? How do we decide, as individuals, and as nations and a global species? What price are we willing to pay to address climate change, or what ecology debts are we willing to dump on our progeny?

There’s more than enough need here for contemplation and activity, classical forms of training, modern disciplines and professions, STEM, STREAM, and STEAM, digital arts and traditional ones. So the question is what should liberal arts education look like in the twenty-first century?

William Katerberg’s areas of focus are the history of ideas, the North American West, environmental history, and world history. He is the chairperson of the History Department at Calvin College and an Associate Dean.