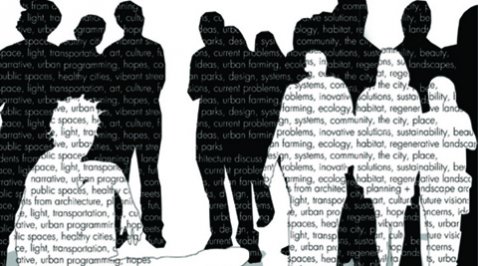 The discipline of history that is placed at the service of my Christian heart and mind is an attempt to situate ourselves in time and place and community. Who do I mean when I use the word “we”? Who are “they” and what is their relationship to “us”? How did we come to occupy the place (geographical, social, economic, etc.) where we are,  and do we regard our situation as a reward for our virtue or proof that the world is unjust? How does our current situation compare with what we experienced in the past, and are we facing a promising or a menacing future? 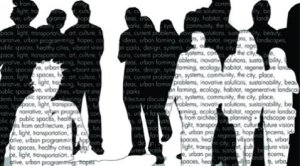 Even if people don’t think about such questions very often, they assume answers to them that provide direction for a vast number of the decisions they make and the actions they take throughout their lives.

Answers to these questions have been offered by origin myths and religion, family lore and government sponsored propaganda. Historians try to answer such questions using rules of logic and evidence that have come to be accepted by other historians throughout the world as marks and guarantors of honest reflection about the past. Such rules include the convention that assertions of fact must be founded upon testimony or material remains that are identified in the text and accessible to the readers. Failure to offer such supporting evidence is enough to raise questions about the historical usefulness of an account. Assertions by other historians that the material remains or testimony alluded to do not corroborate the account or do not even exist can cause an account to lose all claim to historical value and cost the author his reputation for reliability. (Notable examples from my own area of study include Rigoberta Menchu, whose accuracy was called into question by David Stoll in Rigoberta Menchu and the Story of All Poor Guatemalans [2007], and Ramón Gutiérrez, whose evidence in When Jesus Came the Corn Mothers Went Away [1991] was challenged by descendants of the Native Americans his book describes.) In a similar fashion, failure to observe basic rules of historical reasoning – such as attributing an event to circumstances that did not arise until after the event occurred – is enough to invalidate a historical explanation in the eyes of other historians. Hence, I would argue that the work of historians is at least potentially self-correcting. This is something that Christians in particular see as a needed element in truth seeking, given the finiteness and fallen-ness of all human striving. 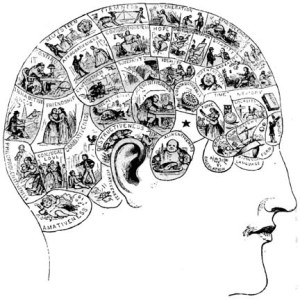 Having said that historians use rules of logic and evidence, it must also be said that historians use these tools in the context of a very personal creative act. Anyone who has ever taken an oath to tell the truth about the circumstances of an event will immediately see the problem that confronts every historian. Memory is fallible at best and all too prone to shape narratives about the past to serve the self in the present. Moreover, what gets left out of an account can be just as crucial to the proper interpretation of events as what gets included. The use of narrative itself conflates and sequences events that might in reality have had little to do with each other. And the larger pattern of meaning in which the historian operates, her loyalties and presumptions, and the particularity of her own experience, exert a powerful shaping influence on her work of explanation. The very creation of historical meaning is an imposition on the past of something that is alien to it, something that comes from the mind of the historian rather than the desideratum of time. Given such considerations, it is not surprising that some observers despair of deriving any meaning from history, calling the entire enterprise self-deluding or self-aggrandizing.

I do not despair of the enterprise of history, in part because Christians are taught to hope and not give in to despair, and in part because I see the problems of historical work as no different in principle from the problems that afflict other necessary human undertakings in a finite and fallen world. Courts of law determine the guilt or innocence of criminal suspects and weigh the merits of complaints in civil suits using rules of evidence and logic similar to those which historians have developed. No one would maintain that the courts do their work infallibly. We know that judges can be corrupted by bribes, juries can be swayed by fast-talking lawyers, and circumstantial evidence can lead to improper conclusions. New types of evidence such as DNA testing have demonstrated beyond doubt the falsity of earlier verdicts that once appeared incontrovertible. I do not know how often the innocent have suffered not only punishment but the condemnation of history, nor how often the guilty have escaped both, but I can only assume that it is a frequent occurrence. Yet I do not despair of the judicial system. Instead, I hope for improvements in criminal detection and legal procedures that will reduce the likelihood of miscarriages of justice. And however trite it may sound, I wait for the day of God’s judgment when the secrets of every heart will be revealed and truth itself, history as God understands it, will supplant all of our partial and mistaken stories. It is in that spirit that I try to do my work as a historian.

This post is the second in a six-part series based on a statement essay entitled “What Does History Mean to Me as a Christian? On the Integration of Faith and History in the Classroom” by Daniel Miller. This essay was originally written as a faith and teaching statement, which is required of all Calvin faculty but is rarely seen outside the boardroom. On Historical Horizons, we would like to share excerpts from some of our statements as a way of connecting with folks off campus who would like to get to know us better or are thinking about these issues as well. Additional posts will explore Professor Miller’s approach as a Christian historian, including the use of evidence, the role of the Bible and Christians in history, thoughts on a “secular” approach to history, and what our common humanity means to us as historians and Christians.