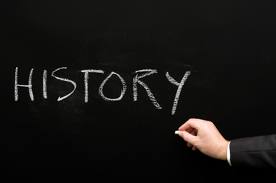 These are tough issues for students (and professors) to grapple with, especially if they have not previously been asked to examine carefully and think deeply. Hence, I encourage them to see their education as a process rather than a result. We all begin our educational journey in a state of ignorance. Not only as children, but even as adults there are many important issues about which we know little. This leaves us blissfully ignorant. However, as we recite often in church, I am not only responsible for the evil that I do, but for the good that I fail to do. Ignorance is not a viable option for Christians who take their responsibility to do good seriously.

In my own experience, the next stage in education is often a kind of exaggerated clarity. For children, truth is whatever their parents tell them and right is whatever their parents do. Even as adults, however, we can be “turned on” by a particular book or guru and feel as though we have just “seen the light.” (For an excellent example see: Arthur Koestler, “Conversion to Communism,” in Main Currents of Western Thought: Readings in European Intellectual History from the Middle Ages to the Present, ed. Franklin Le Van Baumer, 763-766, [Yale University Press, 1978].) This stage brings knowledge and convictions upon which we can base our actions. However our first exposure to a new field of learning, or a new topic in history, is often very partial. A little learning can be dangerous! It can predispose us to “black/white” thinking which in turn can make us intellectually arrogant or bigoted. The actions we take in response to such knowledge may reflect a judgmental spirit that fails to acknowledge the complexity of our world. 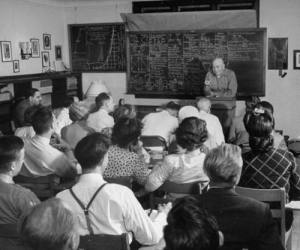 Often the next stage in education is a heightened consciousness of complexity. When students first encounter ideas that contradict the teaching of their parents and their home church, or when any of us realize that our initial exposure to an issue was simplistic or partial, we may swing toward radical subjectivism. On the positive side, people in this stage are more tolerant of others’ ideas and more humble in expressing their own. On the other hand, such people can become excessively cynical about truth claims and appeals to virtue, so worried about appearing naïve or “enthusiastic” that they are immobilized from taking any action whatsoever.

I like to think that the education I provide my students pushes them past these stages to a fourth stage of moral and intellectual maturity. What I mean by this is that they (and I) can acknowledge that some beliefs about the past are quite certain while others are very tentative, and that moral convictions should range from those few that are non-negotiable to many others that are matters of subjective judgment. To illustrate from my own experience, I haven’t studied the Kennedy assassination enough to say with confidence whether or not Lee Harvey Oswald had accomplices. On the other hand, I am quite certain that the Nazis killed around six million Jews, that’s not just an “opinion.” Regarding matters of moral judgment, I find it very easy to argue both sides of the question, “Was the American Revolution justified?” but I find it very hard to defend the proposition that the removal of the Cherokee people from their ancestral lands in the 1830s was warranted. To be at this stage in our education means that we have enough confidence in our knowledge and convictions to act on them, and enough awareness of our limitations to keep us open to criticism and perhaps a change in course.

History is a wonderful discipline for promoting this on-going process of deepening our knowledge and sharpening our moral sense even while we remain open-minded to new information and aware of the moral complexity of life. If such an understanding of the past is placed at the service of a Christian heart and mind, it will not lead merely to reflection or amusement, but to thoughtful service for the kingdom as well. In fact, I would argue that such an understanding of the past can make for wiser and better Christians just as surely as Christian understanding can make for wiser and better historians.

This is the final post in a six-part series based on a statement essay entitled “What Does History Mean to Me as a Christian? On the Integration of Faith and History in the Classroom” by Daniel Miller. This essay was originally written as a faith and teaching statement, which is required of all Calvin faculty but is rarely seen outside the boardroom. On Historical Horizons, we would like to share excerpts from some of our statements as a way of connecting with folks off campus who would like to get to know us better or are thinking about these issues as well. Additional posts will explore Professor Miller’s approach as a Christian historian, including the use of evidence, the role of the Bible and Christians in history, thoughts on a “secular” approach to history, and what our common humanity means to us as historians and Christians.